Best Things To Do In Berlin – Graffiti Workshop in Berlin 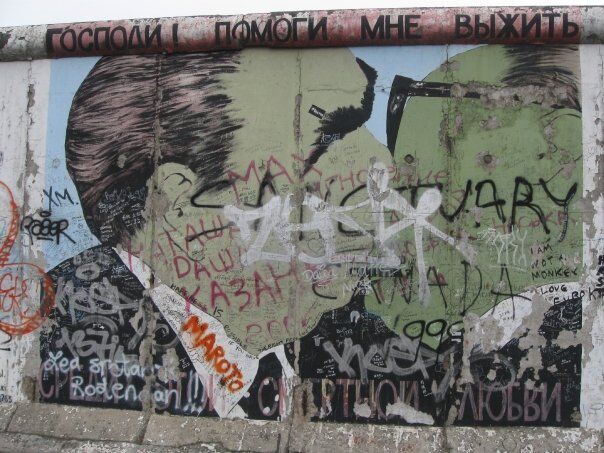 Graffiti is an underground culture and without a doubt, one of the best things to do in Berlin. Only a few years after it all started, and became bigger and popular, it came on media and started to be visible for more people.

This tendency never stopped, until today. Internet is the active motor of that evolution, the public view on graffiti culture changed substantially with the internet, social media like Instagram. In the 90s and before that, as a graffiti artist you could only see the paintings that were around your neighborhood or the place you used to go, or on trains and subways, which was the only “traveling” graffiti form in existence. Only a few magazines were published, graffiti was a very small world, not fashion, and very secret.

With the emergence of the internet, it changed completely. Nowadays, anybody can add hashtag graffiti on his Instagram timeline and see millions of pieces from around the globe. A huge part of this culture is now open to everybody. Some people like it, some don’t, but everybody knows about graffiti!

Our unique Graffiti workshop in Berlin is definitely the best thing to do!

Berlin is one of the biggest street art scenes in the world, graffiti is here everywhere. Thousands of artists are painting around the city, a constant of evolution. We, like the “Paint your first graffiti” team, decided after painting so long around the globe, to share our skills with people passionate about Street art. We decided, to offer you, to live our life as graffiti artists during one of our Graffiti events in Berlin. Meaning, to go through the exact same process as us, when we go out to paint. That is what we offer you in our Graffiti workshops, to do the same as we do.

Our unique graffiti workshop on the Berlin Wall

The Berlin Wall is a huge historical symbol for Berlin.

It was splitting the city into two parts, two worlds. It was completely covered with different Graffiti, politics or not, all having the same goal: freedom. Since the collapse of the Soviet Union, the Berlin Wall is a symbol of peace and freedom. We decided to make it possible for people, to paint on it during our graffiti workshop in Berlin because this is what graffiti is for us: freedom and peace.

So one of the best things to do in Berlin is to get to know more about this amazing culture. Feel free to write us an email using our contact page, for a unique Graffiti and Street Art Workshop in Berlin. Make somebody an unforgettable present with our gift coupons. We give you the chance to paint your first graffiti, on the original Berlin Wall!