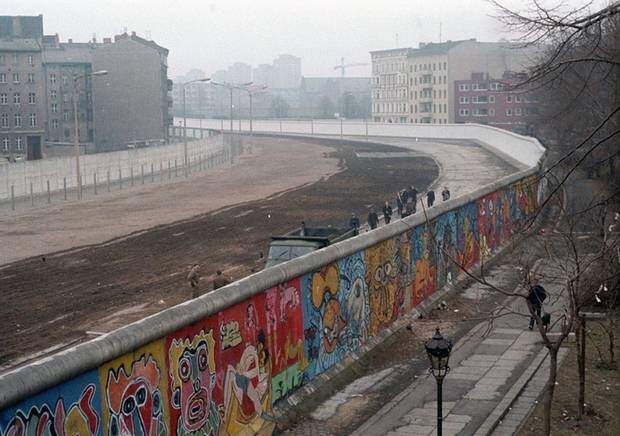 Why Is the Berlin Wall such an Important symbol for the city?

East and West Berlin were divided by barbed wire and a concrete wall after the German Democratic Republic government of East Germany decided to stop the entry of fascists from the Western region of the city to the eastern part. This decision, made on August 13, 1961, led to mass defections from East to West. The Berlin Wall continued to stall the meeting between East and West Berlin until November 9, 1989, when the East Germany Communist Party declared that the citizens from the two sides can cross the border.

Berlin Wall and street art – Symbol of partition and reunion

Thus, fell the Berlin Wall as hundreds of people came out and moved freely into both sides, while some even brought picks and hammers to destroy the wall. Even today, the Berlin Wall is one of the most powerful symbols of the Cold War between two ideologies, fascism, and democracy. The situation arose because, after the end of World War II, it was decided at the two Allied peace conferences held at Yalta and Potsdam, that the territories of Germany will be split into four territories. These were occupied by the allied countries including the United, States, Great Britain, France, and the Soviet Union.

When tensions flared between the two sides of Berlin, occupied by the United States and the Soviet Union, due to the endless flow of the refugees from East to West, the East German government decided to stop the flow of emigrants by sealing the border with concrete block wall and barbed wire. After the Berlin Wall was built, the Berliners on both sides could not cross the border for shopping, working, or even to go to the theater or movies.

So, in a way, the building of the Berlin Wall did stop the flow of refugees from East to West. The wall was constructed in 1961 and came down in 1989. As the Cold War began to crumble across the Eastern part of Europe, it was time for the Wall to come down. The government of East Berlin allowed the citizens to cross the border of the country. People from both sides celebrated the day by flocking to the wall, drinking champagne and beer, and flooded to the other side at midnight.

Even today, the Wall of Berlin is a symbol of reunion and how everything is possible in order to attain a life in peace.

During the partition period, the artists and locals from the Westside used the surface of the wall as a canvas for expressing their feelings and opinions through colors and drawings. It led to the start of “street art” or graffiti in Germany. Since the West side of Berlin was controlled by the United States officials, the overall creations on this site are influenced by the New York style.

Later, when the wall came down, great artists from Germany and all over the world decided to paint more sketches and drawings on the Eastern side of the wall, which was blank and without any design. Even today, people flock to the Berlin Wall to see the graffiti and get inspired. You can also learn how to sketch and paint graffiti by enrolling in our Graffiti Workshop In Berlin. We also help you to paint the Berlin Wall.

To get to know more about this amazing culture, feel free to write us an email using our contact page, for a unique Graffiti workshop in Berlin. Or get a gift coupon to offer to your loved one. We give you the chance to paint your first graffiti on the original Berlin Wall!