Where can I do graffiti in Berlin? Legally and safely? 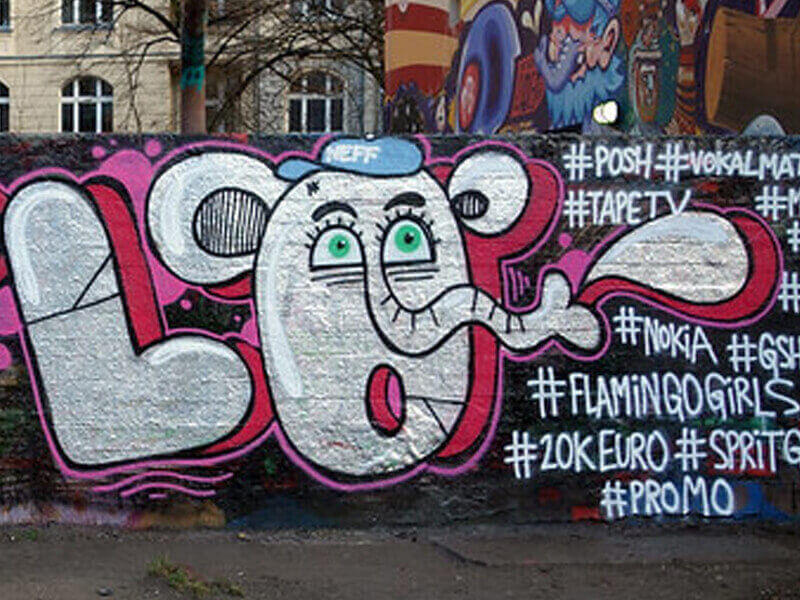 The history of graffiti in Berlin dates back to the early 1980s, when the first graffiti artists appeared and the first trains, walls and subways were painted in Berlin’s graffiti history.

Graffiti started in several cities in the United States at the same time, especially in New York and Philadelphia, where hip hop culture was firstborn, and 40 years later became the popular culture of an entire generation. After the appearance of the first graffiti in New York, a Parisian by the name of “Bando” brought this emerging culture across the Atlantic, first in Paris, then throughout France and Europe.

From this period, Graffiti develops everywhere, in Berlin but also in all Europe, to be 40 years later, one of the most popular artistic movements in the world, and presents everywhere, in advertising, media, art galleries, museums, clothing lines etc…

Where to find graffiti in Berlin?

Anyone who has ever visited Berlin can confirm that you will find graffiti absolutely everywhere in the German capital. This is why the city is so unique, because of the impressive amount of graffiti you can find on walls, building facades, roofs, trains and subways, graffiti is everywhere in Berlin.

Most of the graffiti visible in Berlin was painted illegally, at night, and is punishable by law. In Berlin, every year, thousands of graffiti artists are arrested, tried, and sentenced to pay large sums of money for their graffiti.

You can also find in Berlin a lot of legally painted graffiti, commissioned by the city itself, by individuals or companies, made by graffiti artists or by advertising agencies using graffiti as a medium of communication allowing them to reach a different audience than the more classical advertisements broadcasted on TV or on posters in the street for example.

Where can I learn to do graffiti by myself in Berlin?

Since the success of Graffiti in Berlin, the city and many associations have made available to graffiti artists who want to practice legally, many legal walls, where you can take the time to paint without worrying about possible arrests by the police. In the following list, you can find the best places to legally paint your first graffiti in Berlin, with the exact location of these walls that you can paint whenever you want!

– “Mauerpark”: Berlin’s most famous graffiti wall, and the one with the most history. Indeed, the graffiti wall is a remnant of the Berlin Wall that has been preserved and is freely accessible; it is also where we do our graffiti workshop! 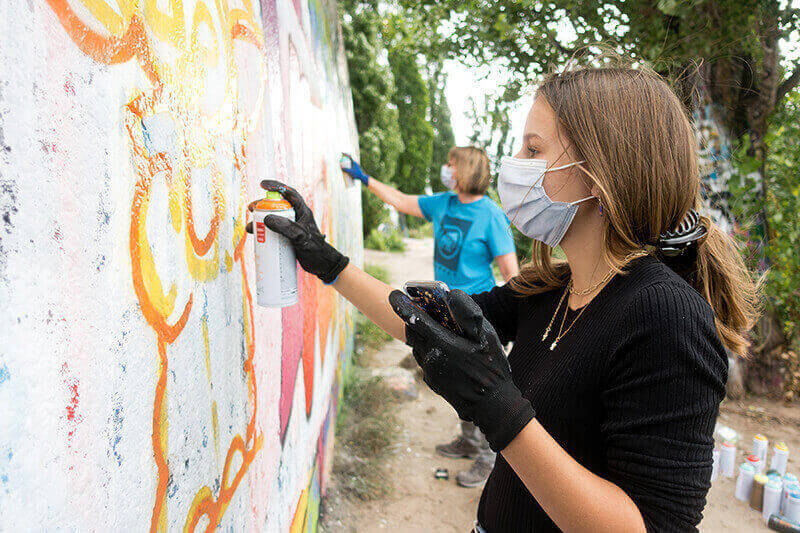 – Kreuzberg: In the Gleisdreieck park you will find several cafés, bars, skate parks, soccer and basketball fields, as well as the famous Technic museum of Berlin, and in the middle of this beautiful park, the legal wall where you can paint in peace.

You find it here: Gleisdreieck Park 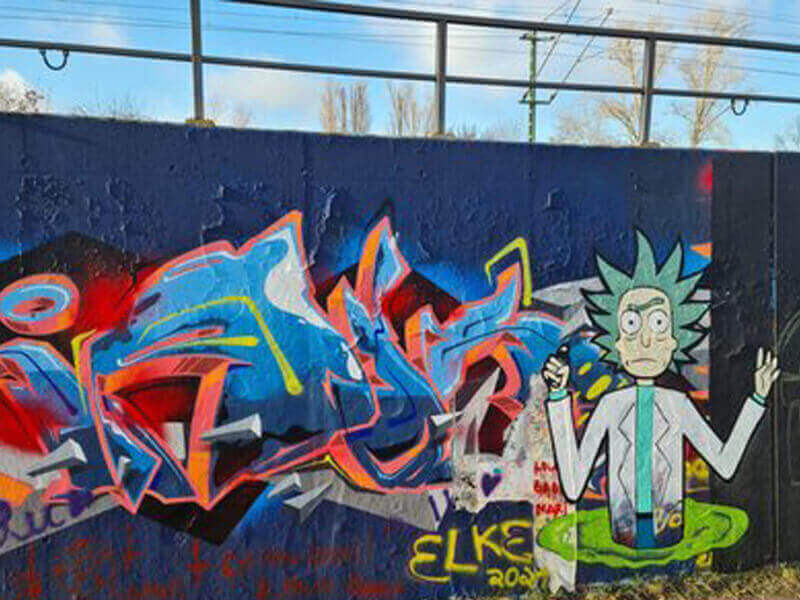 – Priesterweg: If you like the forest, you will love this wall located in the middle of the forest in a disused tunnel. Please note that you will have to come after 15:00 and pay a 1€ entrance fee to the ranger.

You find it here: Schöneberg, Berlin 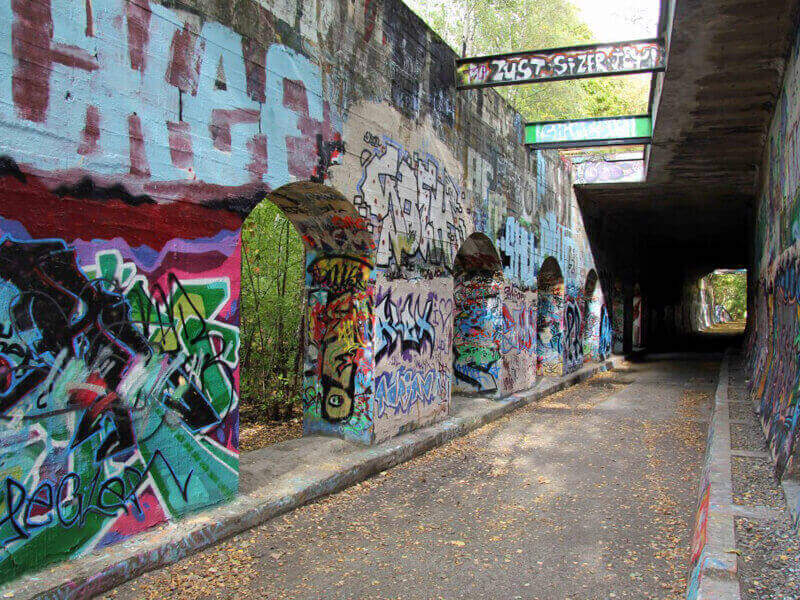 – Ostkreuz: Just behind the train station of Ostkreuz, you will find this little wall, very quiet and a bit hidden. However, we advise you to arrive early in the morning because the places on this wall are limited.

– Rummelsburg: Located not far from the famous techno club Sisyphos, and just a few steps from the Spree quays, this wall is gigantic both in height and in length, you can even bring your ladder and try a huge Graffiti if you feel like it! 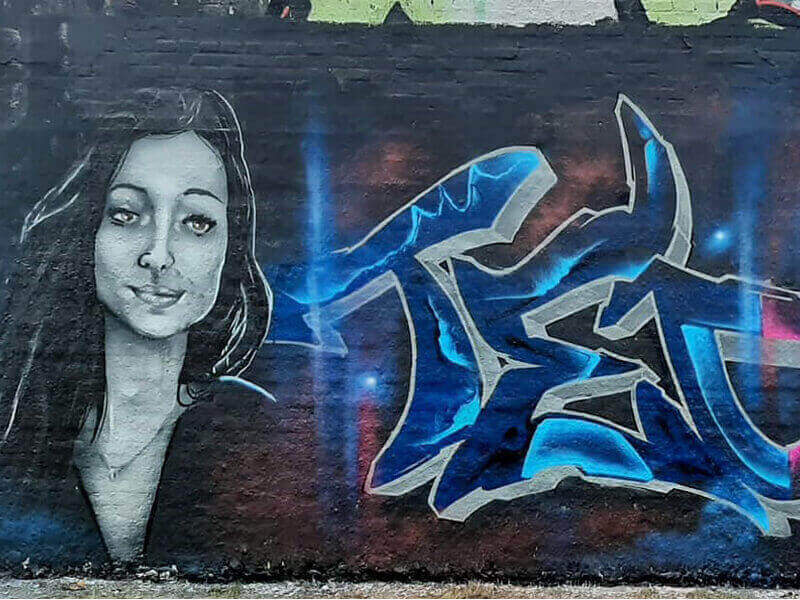 Where can I learn to do graffiti with a professional in Berlin?

If you want to learn how to do graffiti in Berlin, there’s no better way than to get help from professional graffiti artists, us! We will be happy to welcome you to a graffiti workshop in Berlin, to teach you the basics of this urban art and to share with you our passion for more than 15 years already!

If you have any questions, don’t hesitate to contact us, we will be happy to answer you.