Can you Graffiti the Berlin Wall? 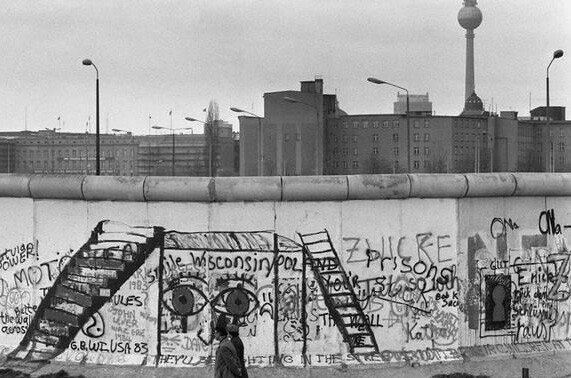 The Berlin Wall is one of the most visited tourist attractions, and the thousands of tourists who come every year to visit this beautiful city would never think of leaving without seeing the famous Berlin Wall!

And now it is also possible for anyone who wants to, business partners looking for a team building event, kids, adults, to paint their own graffiti on the Berlin Wall!

Graffiti on the Berlin Wall

Before the fall of the wall in October 1989, the Berlin Wall represented the division of a nation into two countries, separated by a border between West and East Germany. It was a symbol of this separation, especially in Berlin, where it separated families, lovers, friends in two different parts of the city they were all living together in for many years. In the 1980s, the hip hop culture arrived in West Berlin, which came straight from the United States and New York in particular. It brought together in one cultural movement several artistic disciplines such as body arts with break dancing, music with DJs and rap singers, painting and calligraphy with graffiti.

The wave of this new culture, which was meant to be part of a cultural protest, was aimed at the political system in place in West Germany and criticized the policy concerning the separation of the nation into two countries. From then on, graffiti was done everywhere in the street, trains, metro and in particular on this very strong symbol which is at that time the Berlin Wall.

It is still possible today to see graffiti from that time on preserved pieces of walls, especially a few hundred meters from Checkpoint Charlie at the Berlin Wall Memorial.

Paint your own graffiti on the Berlin Wall during our workshop

The construction of the wall began on the Bernauer street, in Prenzlauer Berg, where the “Mauerpark” (literally the “Wall Park” in German) is now located, before being extended to the whole city. Today, one of the few visible remains of the wall still in place, open to the public and not protected by a museum or memorial, is in the Mauerpark!

This park is open to everyone, all year round, and anyone can visit it, and enjoy a walk, a bike ride, a beer at the Beer garden or even paint on the remaining part of the Berlin Wall with us during our unique graffiti workshop in Berlin, with a original street artist from our team who will make you discover our wonderful culture that is graffiti in Berlin, in all legality of course!